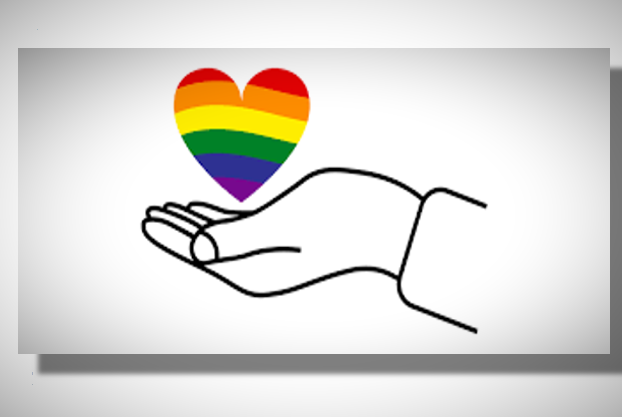 Therapy for LGBTQIA+ patients has a long, biased, and oppressive history. From pathologizing queer identities to trying to change their identities to fit into a heteronormative and cisgendered box, the realm of therapy and counseling has inflicted just as much damage on queer lives and identities as any other bigoted sentiment. However, in recent decades many therapists, psychologists, mental health practitioners, and researchers have put their hard work and effort into finding ways through which we can counsel and provide adequate mental health care to LGBTQIA + patients. Affirmative therapy is the result of these consolidated efforts and has been used by therapists across the world as a tool to assist a wide range of patients and identities.

Affirmative therapy is a psychotherapeutic practice that works to validate and advocate for those with gender and sexual minority identities. While LGBTQIA+ clients attend counseling for reasons unlike anyone else, their experiences are often shaped by their identities. In affirmative counseling practices, these identities are celebrated and taken into account when offering treatment. Affirmative therapists work with patients to help them achieve their mental health goals, while also actively uplifting their identities. Affirmative counseling as a whole gives an overarching focus on the psychological impact of culture, history, heteronormativity, trauma, and intersectionality within the LGBTQIA+ community.

As one can infer, affirmative counseling is not a single-sourced practice and utilizes principles from all branches of psychology to create a counseling practice that understands and validates queer lives so that they can be treated effectively without the risk of bias— something that everyone deserves in their journey to mental wellness. So how exactly did affirmative counseling come to be? And what theories make up a solid framework for effective counseling of LGBTQIA+ patients?

The concept of affirmative therapy dates back to 1982 when it was first introduced by Alan K. Malyon in his research paper on therapeutic interventions for gay men. He coined the term ‘Gay Affirmative Therapy’ and stated that rather than focusing on the conversion of homosexuality into heterosexuality, the focus of mental-health interventions should be on affirming the client’s identity, valuing their sexual orientation, and helping them self-actualize. This concept led rise to the emergence of queer theory in the early 1990s as an intervention to denaturalize the binary perspective of gender and the presumption that heterosexuality is the only way to acknowledge the fluid and dynamic ways that many people experience their gender and sexual identities (Jagose, 1996).

Queer theory acted as a critical theory in an ongoing process of formation with characteristics of elasticity. This theory sought to deconstruct institutional and oppressive narratives that create problematic structures of normalization related to gender and sexuality. The queer theory challenges the idea that two genders (male and female) are the only possibilities that people can identify with, and it is determined by genitalia and biology. It also shirked the notion that heterosexuality is the default sexual orientation and that attraction can only be experienced towards the opposite ‘biological sex’.

While queer theory played an important part in challenging heteronormativity, it failed to fully account for trans bodies and left a lot to be desired. For this reason, trans studies were amalgamated into therapy practices. Halberstam (2016) describes how trans studies seek to center the narrative of trans folk. Trans studies de-center the experiences of cisgender queer people and deconstructed the trans misogyny that has often lied in the core of queer theory to highlight the limitations and statistical characteristics of models of gender and identities (Gesty, 2014).

Trans studies play an important role in queer affirmative counseling as it doesn’t create an essentialist notion of what it means to be trans. Instead, trans studies recognize that the lexicon used by trans people to describe their experiences keeps on evolving through generations and each generation has a different narrative and relationship to that language. This serves as an important guideline for therapists and clinicians to understand that being trans is not a static experience and that many trans bodies experience variability in their gender identities. Therefore, making it of utmost importance to be in the loop of what terminologies to be used when interacting with trans clients. For eg, transvestite— a term that was used to describe transgender people in the 70s and 80s is now considered to be outdated and offensive. Understanding trans identities as a continuum rather than a completed or resolved process allows clinicians to support trans clients effectively.

Both queer theory and trans studies have been incredibly useful in understanding the complexities of experiences that queer and trans clients come with to therapy. However, they failed to address the issue of multiple oppression experienced by queer individuals and ended up treating queer lives as a monolith. This raised the need for incorporating intersectionality theory into the clinician setting for proper application of queer affirmative counseling. Intersectionality theory provides a sharper lens for analyzing and deconstructing oppressive systems in society. This theory offers an approach to understand how overlapping oppressions can impact the lives of marginalized populations. This allows therapists and counselors alike to become aware of the multidimensionality of the queer community where multiple external factors like religious beliefs, socio-economic background, caste, culture, and race, etc, also play a critical role in dictating the experience of a queer and trans client.

Combining queer theory and trans studies with intersectionality theory provides a more comprehensive and helpful framework for therapists to engage in conversations with queer clients about the overlapping systems of oppression that impact their lives. It also provides the opportunity to develop an awareness of the biases a counselor may have developed in their life and stop them from reproducing the biases such as heteronormativity, patriarchy, trans identity erasure, casteism, classism, etc, in the therapy room. Queer theory and trans studies help clinicians in becoming more reflective of how they engage in conversations about gender and sexual identity with their clients while also making them more conscious of the ways they may unconsciously police their client's queer identities. The intersectionality approach helps therapists to contextualize how LGBTQIA+ clients experience gender identity and sexual orientation in combination with other experiences of oppression in their lives.

Utilizing and incorporating these practices in counseling allows a therapist to truly practice affirmative therapy that understands the complexity of LGBTQIA+ clients and helps their clients embrace their identities instead of ‘curing’ them.

One such organization that understands these complex theories and has been successfully applying them to help their clients deal with their mental health concerns is Another Light Counselling, a mental-health organization in India that specializes in trauma, gender, sexuality, addiction, and kink-affirmative therapy. Boasting a team that comprises psychologists who graduated from some of the top universities in the country, the therapists at this organization understand the multiple layers of oppression that LGBTQIA+ lives face on a daily basis. They also train and counsel other mental-health practitioners across the country in addressing their heteronormative or cis-gendered biases and identifying and addressing the pathologization of queer identities when conceptualising the case to resist misdiagnosis. Counselors at Another Light Counselling are not only trained to help LGBTQIA+ clients achieve their mental health goals but also in addressing and understanding the complexity of their lives and gender and sexual identities. This understanding not only allows them to affirm the struggles of queer clients but also to help their clients in embracing and take charge of their healing journey.