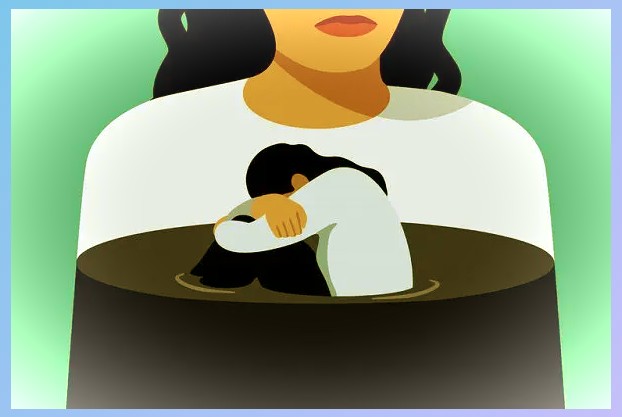 Queerness in India, whether subversive or camouflaged in how it occupies space- was considered criminal in the eyes of the law till 6 September 2018. After nearly 150 years of being shrouded in darkness, the Supreme Court of India ruled unanimously in Navtej Singh Johar v. Union of India that the repulsive section 377 was unconstitutional in the way it criminalises consensual sexual conduct between adults of the same sex. This was the cause of great celebration across the nation. However, even while celebrating the moment of exultance, there was a jarring realisation that a huge amount of effort and energy was needed to ensure that this judgement translates into a truly integrative form of empowerment that allows LGBTQIA+ individuals in India to fully feel at home, wherever they choose to be and however they may choose to live.

The queer community, despite the landmark judgement, has found itself being pushed to the margins of society, where the major decisions regarding how they should occupy space and even exist have been largely decided by their cis-gendered and heterosexual peers. This blatant marginalisation faced by the LGBTQIA+ community can be explained through Minority theory of Meyer. According to this theory, Queer and trans folk live in a constant state of distress known as ‘minority stress’, which is the juxtaposition of minority and dominant values and the resultant conflict with the social environment experienced by the minority group members. He pointed out that even before a person embraces their gender and sexual identity, the dominant notions prevalent in society about the unacceptability of homosexuality are so deeply entrenched in queer people that they can develop internalized homonegativity before ‘coming out'. Meyer also stated that the minority’s perception of non-acceptance in their social interactions leads to a state of insecurity and hyper-vigilance. A high level of perceived stigma leads minority group members to maintain a high degree of vigilance in interactions with dominant group members, which leads to a constant state of paranoia and anxiety about being ‘found out. Meyer’s study chalked out the impact of minority stress on gay men and stated its three aspects-internalized homophobia; expectations of rejection and discrimination; and events of actual prejudice.

Minority stress is not the only issue faced by LGBTQIA+ individuals in India. According to the report published by ICJ titled ‘Living with Dignity: Sexual Orientation and Gender Identity-based Human Rights Violation in Housing, Work, and Public Spaces in India, the decriminalization of homosexuality in India has not eradicated the prevalence of discrimination against the LGBTQIA+ community. The report highlights the obstacles faced by LGBTQIA+ individuals in accessing rental accommodation, harassment, and violence by landlords, families and arbitrary evictions, etc, and sets out instances of discrimination in workplaces at all stages of employment, and the roadblocks faced by Queer individuals while seeking access to public spaces, including discriminatory policing, gendered toilets and transport, harassment and abuse by state officials, and intentional and discriminatory targeting through the application of public nuisance, sex work, and anti-beggars laws. This culminated stress from micro-aggression, major incidents of violence and discrimination, as well the general life stressors such as grief, anxiety, loss of a loved one, work stress, etc, causes a copious amount of strain on the mental well-being of LGBTQ individuals.

One of the most critical forms of care for queer and trans people is to have a reliable route to help with mental health. However, accessing quality mental health care for queer people is still a major challenge as queer affirmative therapy in India is still in its rudimentary stages. Accessing mental health that centers on queer narratives without trying to forcibly position the experiences under a heterosocial microscope, one that sits on the intersection of heightened recognition of caste, class, and gender privilege are still nearly impossible for a large percentage of queer and trans folk in India. There is a real need for mental health communities in the country to bolster their efforts to adopt a queer-informed approach to therapy, counselling, and psychiatric interventions and work actively on banning and banishing extortionate, pathologizing, and outmoded practices that aim to ‘cure’ LGBTQIA+ people of their queerness.

Queer affirmative therapy in India still needs its fair share of work to recognize and respect the right to be forthrightly queer, the right to refuse psychological and sociological-cultural scrutiny, the right to be unapologetically and radically queer, and the refusal to attest to bigoted conventions, etc. Therapeutic spaces should aim to be safe for anyone who enters them, despite their background. A therapy space should ask itself about the kind of power imbalances it must shed to expand its borders and center the margins in society. A queer-affirmative therapy space needs this kind of safety to ensure that anyone who invokes a radical authenticity and dives into an experience of trust with a mental health professional can feel comfortable speaking, retelling and surmounting their struggles without any judgement and prejudice. There is a desperate need for such spaces in which queer and trans folk can co-create the possibility of opening up, exploring their strengths, and breaking and building on their own terms. Queer affirmative therapy in India needs to focus on affording resilience without stigma to its clients.

Here are three critical ways that mental health professionals should imbibe to make themselves more available and responsible for queer-informed approaches to therapy.

Educating themselves about queer history: India’s mental health studies curricula remain woefully inept at rising above regressive tropes and archaic theorizing of chalking Queer and trans identities to some form of pathologization. This makes it even more essential for practicing therapists, psychologists, and psychiatrists to be well acquainted with the social and political aspects of queer movements and the struggles queer and trans people face due to their marginalization in society.

Using an inclusive language: it is very important to be mindful of the language therapists use with their queer clients. To prevent themselves from making the agonizing mistake of looking at queer stories from a heteronormative lens, mental-health professionals should familiarise themselves with the appropriate terminology when they address their concerns. They must understand the otherization they create when they say ‘gay relationship’ instead of just ‘relationship’ or the trauma they cause when they casually misgender trans clients and should do their absolute best to evolve their knowledge and practice to be at par with the inclusive language.

Keep their practice intersectional: Caste, class, social and cultural background impact the experience of queerness across various groups of people. It is ignorant to assume that queer and trans people are a monolith and that their queer presentation is going to be the same. Many people do not have the social privilege or currency to fully express themselves. Casteist, classists, and capitalist practices have a major impact on how queerness is experienced within the community. Hence, it is important to recognize this while consulting an LGBTQIA+ client.

One such organization that is working to working to provide quality mental health care to queer and trans folks is Another Light Counselling, a mental-health organization in India that specializes in trauma, gender, sexuality, addiction, and kink-affirmative therapy and aims to provide affordable therapy services to all. As an organization, not only does Another Light Counselling practice queer affirmative therapy in India but it also trains and counsels other mental-health practitioners in learning the nuances and verticals of queer-affirmative therapy. Counselors at Another Light Counselling are not only trained to help LGBTQIA+ clients achieve their mental health goals but also to have a firm understanding of how their own privilege, class and caste barriers and socio-political infrastructures cause pain and distress in the lives of queer individuals. This understanding not only allows them to affirm the struggles of queer clients but also to shift from the heteronormative gaze of ‘curing’ LGBTQIA+ individuals to the queer-affirming approach of ‘supporting’ them.