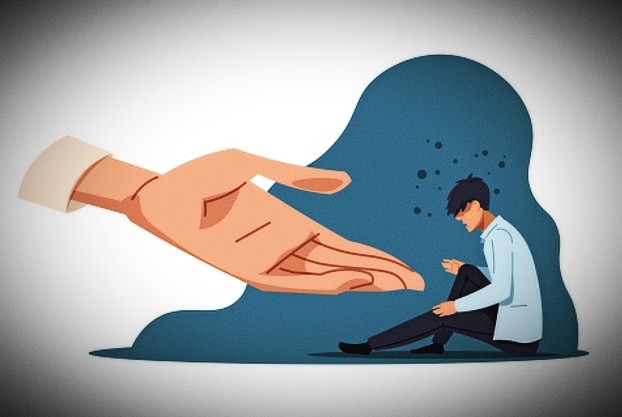 Treatment for Depression and Anxiety in Mumbai: What Needs to Change?

Life is like a roller-coaster ride. No matter how hard you try, you can’t escape the cycle of going through ups and downs. Experiencing sadness and grief is one of those parts of the ride. Everyone experiences sadness at times. However, feeling extreme sadness and despair that lasts more than days can be a sign of something more. If your sadness starts interfering with the activities of your daily life and even causes physical pain, then the chances are that it might not be just a mere cycle of life, but depression or major depressive disorder. According to the WHO’s data, roughly 56 million people or 14% of the Indian population suffer from depression and 38 million suffer from some form of anxiety disorder. The National Mental Health Survey 2016 further corroborates this by adding that every year, about 2,00,000 Indians take their lives. Moreover, if you are a person belonging to a minority group in India, such as the LGBTQIA+ community, the number of people affected by depression and anxiety shoots up a whopping 60%.

What causes depression and anxiety? Depression is caused by a combination of genetic, biological, psychological, social, and environmental factors. People with a family history of depression or people with serious chronic diseases are at an increased risk of depression. Apart from this, major life changes such as trauma and stress can also bring about an episode of depression. Unfortunately, just like most bad things in life, depression doesn’t come alone either. It is usually accompanied by other mental health problems, the most common of which is anxiety. A person with depression often experiences a lot of anxiety, sometimes to the extent of having panic attacks. Anxiety disorders involve more than just common nervousness or worry. They can cause terrifying fear or paranoia about things that other people wouldn’t even think twice about. People with anxiety disorders sometimes fully comprehend that their thoughts are irrational, however, they still can’t stop them and end up feeling a sense of loss of inner control. This angst is one of the gateways to depression. When people with anxiety disorder get anxious, they tend to feel pervasive thoughts about some worry or issue in their life, which results in them feeling like they have failed. This repetitive thought process ultimately pushes a person towards depression.

So how does one get out of this vicious cycle? The first step of recovery starts from understanding that depression is not a sign of weakness, nor is it some trance-like state that one can just snap out of. It is a mental illness that requires professional treatment and therefore, seeking the help of a mental health practitioner is not only encouraged but also paramount. Treatment for depression and anxiety in Mumbai can take several forms. For people with severe depression, antidepressant medications can be helpful in reducing symptoms. Psychotherapy is also an effective treatment tool for people suffering from these disorders. Two of the most common forms of therapies for depression and anxiety in India are:

Even though these psychotherapeutic practices are the most common forms of therapies across the world. A meta-analysis done by Cuijpers P, et al. titled ‘The effects of psychotherapies for major depression in adults on remission, recovery, and improvement' seems to suggest the flaws in their effectiveness. Despite the pervasive nature of depression and anxiety disorders and a substantial body of evidence devoted to understanding and shaping best-practice psychological interventions, this study found that approximately 40% of the individuals suffering from depression fail to respond positively to these evidence-based treatments. Moreover, of the individuals who do respond positively to these practices and are able to recover, more than half are likely to relapse within several years of receiving these interventions.

This revelation might raise some eyebrows, but if we dig deep into these, we can easily find out the reason why these therapeutic practices do not always yield the best results is due to their lack of inclusivity and trauma-redressal. According to a study by researchers at the University of Liverpool published in 2017 in PLoS One, traumatic life events were found to be the biggest single cause of depression and anxiety in people. Therefore, approaching the treatment of depression and anxiety through the lens of trauma-informed care can not only alleviate the symptoms of these disorders but also facilitate a better and safer healing environment for all.

Trauma-informed care is an approach to therapy that asks the question “What happened to you?” rather than “what is wrong with you”. This shifts the tone of therapy and counselling from victim-blaming to recognizing the person as a survivor. Trauma-informed counselling is not a specific technique, rather it is a set of guiding principles that understands and recognizes the significant effect trauma has on people and how it is often under-recognized and under-reported.

A trauma-informed therapist assumes that most likely or not, their client has experienced trauma that should be addressed safely and compassionately. Additionally, they have a firm understanding of the impact of cultural, historical, social, and gender issues and how they may affect a person. Treating depression and anxiety through a trauma-informed lens not only seeks to provide a safe, compassionate, and empowering space to their clients, but also creates an environment of inclusivity where anyone regardless of their gender or sexual identity, caste, class, or social background can open up about their grievances without any fear of judgement or retraumatization due to rejection. Trauma-informed care works toward establishing a sense of safety and trust with their clients before trying to dive deep into their trauma history. It sets an empathetic tone towards therapy and is a much more humane way than shifting the onus of healing solely to the individual. Another shortfall of standard psychotherapeutic practices lies in their lack of inclusivity when it comes to gender and sexual minorities. According to Kann 2016, LGBTQIA+ youth is more than twice as likely to feel suicidal and over four times as likely to attempt suicide, compared to heterosexual youth. This showcases the dire need for the psychotherapeutic approaches to take on a queer-affirmative approach to help LGBTQIA+ people access the receive the mental health care that they need and deserve.

One such organisation that is focusing on the treatment for depression and anxiety in Mumbai from a trauma-informed and queer-affirmative perspective is Another Light Counselling (ALC). At Another Light Counselling, an organisation that specialises in trauma, gender, sexuality, addiction, and kink affirmative therapy, the treatment of depression and anxiety disorders takes on an empathetic and humanistic approach. Counsellors at ALC are trained to not only affirm the individual experiences and struggles of their clients but also have a firm understanding of how childhood upbringing, socio-political contexts, social infrastructures, traumatic experiences, etc actively contribute to a person’s diminishing mental health. They understand and affirm the struggles of their clients by shifting the goals of therapy from ‘curing’ them to ‘supporting’ them. Therapists at ALC understand the importance of developing a strong collaborative and supportive relationship with their clients which can only happen through empowering their client’s voices and offering a choice as to what they want and need from their therapy. They have a firm grasp of how anxiety and depression usually stem from a deep underlying issue that could have been caused by a traumatic experience and work hard to make sure that their clients are not retraumatized during therapy by providing a safe space for their clients to express their feelings without worrying about judgement or repulsion.

Depression and anxiety can leave a person feeling alone and desolate but healing from them is possible with the help of good therapists and counsellors who strive to create a sense of safety, trust, transparency, collaboration, and empowerment in client-counsellors relationships.