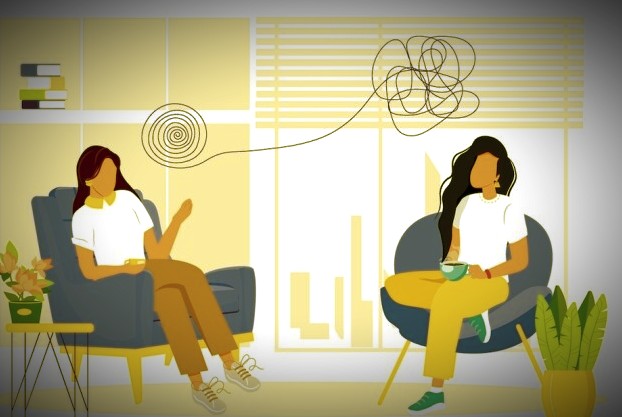 In 1886, a German psychiatrist named Richard Freiherr Von Kraft-Ebbing published one of the first clinical works which described, labeled, and diagnosed unusual sexual behaviors. This book was called ‘Psychopathia Sexualis’ and was the first to clinically describe male homosexuality and coin terms such as masochism and sadism. Von Krafft-Ebing presented three categories of sexual disturbances in his book- pathologically exaggerated sexual instincts, absences of the sexual instinct, and perversions of the sexual instinct. He presented any sexual deviance from the norm as a form of mental pathology which could be treated and cured. This book shaped the clinical approach to sexual behaviors which are considered to be outside the norms.

In 2016, Quebec psychologist and researcher Christian Joyal published research based on a randomized sample survey of Quebec’s general population. This remarkable study found that nearly half of the sample reported interest in at least one or more of the sexual behaviors deemed as deviant or pathological by Von Krafft-Ebing. Around one-third of the sample reported engaging in these behaviors at least once and the interests such as voyeurism, fetishism, and masochism were reported by participants at levels above what could be considered statistically unusual. In many of these interests, there were no distinctions between men and women, and the interest in sexual masochism was significantly linked with higher levels of life satisfaction. This ground-breaking research turned Von Krafft-Ebing’s theories on their head and shattered various clinical assumptions about sexuality.

How can it be that the interest and behaviors that are showcased by nearly half of the population are viewed by clinicians and therapists as unusual, uncommon, and pathological when anonymous research finds that they may in fact represent the norm? Research by Keely Kolmes chalks it out to be the ‘clinician bias’, an assumption of deviance, disturbance, and pathology, which leads to people keeping their sexual interests secret from their therapists.

Kolme’s research as well as other research has revealed that people experience sad, dismaying, and harmful responses from therapists when they share their sexual interests with therapists who are poorly trained on sexual diversity. In fact, many patients reported being ditched from therapy for being kinky, having law enforcement called upon them for engaging in consensual sexual behaviors, losing custody of their children, and generally being shamed and told that they are sick by the therapists who still believe in the Von Krafft-Ebing’s theory that these sexual interests represent mental disturbances. This ignorance, bias, and lack of training on the therapist’s part have led to harmful, shaming practices which have forced patients to shamefully hide their sexual interests from everyone, including the professionals who are supposed to be non-judgemental and inclusive to all.

BDSM counselling entails not only a no-judgment zone but also therapists who genuinely understand identity issues and sexual practices. Another Light Counselling is one such organization that aims to provide a safe space to navigate the boundaries of people’s sexual experience without the negative messaging one may already have been exposed to. Counsellors at this organization help their clients process and recover from the harm of negative messaging while addressing the related trauma experienced because of it. Therapists here understand how kinks are one way to explore identity and sexuality for both queer and cis-het people and how they relate to and reflect power and society. They foster open and safe conversation-allowing their clients to shed the ‘shame’ society expects them to have.